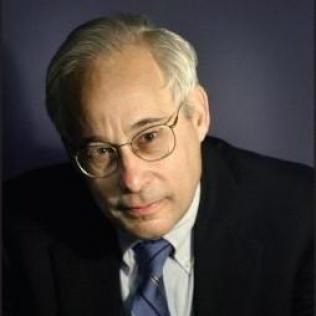 Donald M. Berwick, MD, MPP, FRCP, KBE, is President Emeritus and Senior Fellow at the Institute for Healthcare Improvement (IHI), an organization he co-founded and led as President and CEO for 19 years. He is a leading authority on health care quality and improvement. In July, 2010, President Barack Obama named Dr. Berwick Administrator of the Centers for Medicare & Medicaid Services (CMS), a position he held until December, 2011.

A pediatrician by background, Dr. Berwick has served as Clinical Professor of Pediatrics and Health Care Policy at the Harvard Medical School, Professor of Health Policy and Management at the Harvard School of Public Health, and as a member of the staffs of Boston Children’s Hospital, Massachusetts General Hospital, and the Brigham and Women's Hospital in Boston, Massachusetts. He has also served as vice chair of the U.S. Preventive Services Task Force, the first "Independent Member" of the Board of Trustees of the American Hospital Association, and chair of the National Advisory Council of the Agency for Healthcare Research and Quality. He is an elected member of the American Philosophical Society, the American Academy of Arts and Sciences, and the National Academy of Medicine (NAM, formerly the Institute of Medicine, or IOM). Dr. Berwick served two terms on the IOM’s governing Council, was a member of the IOM’s Global Health Board, and currently chairs the NAM Board on Health Care Services. He served on President Clinton's Advisory Commission on Consumer Protection and Quality in the Healthcare Industry.

His numerous awards include the 2007 William B. Graham Prize for Health Services Research, the 2006 John M. Eisenberg Patient Safety and Quality Award, and the 2007 Heinz Award for Public Policy. In 2005, he was appointed Honourary Knight Commander of the British Empire by Her Majesty Queen Elizabeth II, the highest honor in the UK for non-UK citizens. He is the author or co-author of more than 200 scientific articles and six books. He currently serves as a Lecturer in the Department of Health Care Policy at Harvard Medical School. 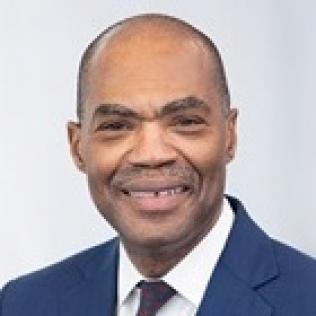 Kevin B. Churchwell, MD, is the President and Chief Executive Officer of Boston Children’s Hospital, providing leadership, vision, and oversight for a team that’s dedicated to improving and advancing child health through their life-changing work in clinical care, research and innovation, medical education, and community engagement.

Since joining Boston Children’s as its Executive Vice President of Health Affairs and Chief Operating Officer in 2013, Dr. Churchwell has been instrumental in leading the hospital’s work to become a High Reliability Organization, one where zero avoidable harm impacts any patient, family member, or employee. He has brought to Boston the same passion for enhancing the patient family experience that defined his tenure as CEO of both Nemours/Alfred I. duPont Hospital for Children in Wilmington, Del., and Monroe Carell Jr. Children's Hospital, part of the Vanderbilt University Medical Center in Nashville, Tenn.

A tireless advocate for equity, diversity, and inclusivity, Dr. Churchwell is responsible for establishing three of the 11 Offices of Health Equity and Inclusion at hospitals across the U.S. and Canada, including the office at Boston Children’s, which he founded in 2016. With the publication of Boston Children’s own Declaration for Equity, Diversity and Inclusivity in 2020, Dr. Churchwell has committed to the work required to make Boston Children’s — and Boston — a community that’s made stronger by our differences, and a leader in equity for all.

A graduate of Massachusetts Institute of Technology and Vanderbilt Medical School in Nashville, Dr. Churchwell completed his pediatric residency and a clinical fellowship in Pediatric Critical Care at Boston Children's Hospital. He is currently an Associate Professor of Pediatric Anesthesia at Harvard Medical School and Dr. Churchwell is the Robert and Dana Smith Associate Professor of Anesthesia at the Harvard Medical School. He is also a member of the Massachusetts Business Roundtable and the Boston Chamber of Commerce. 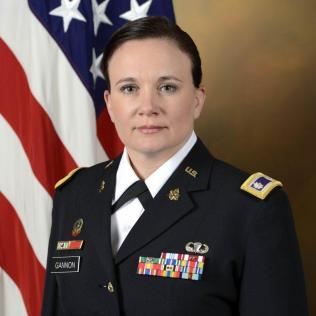 Lieutenant Colonel Susan Gannon hails from Eden, NY. She served her first assignment in 2003 in Kitzingen, Germany where she deployed to Tikrit, Iraq as an Avenger Platoon leader in support of Operation IRAQI FREEDOM II. Her next assignment was in Fort Bliss, Texas where she served as an executive officer and battery commander and deployed to Camp As Salayiah, Qatar and Camp Arifjan, Kuwait. In 2009, LTC Gannon was reassigned to The Pentagon in Arlington, Virginia where she served as an exercise and wargame planner and executive assistant.

In 2012, LTC Gannon left active duty and joined the United States Army Reserves. She was deployed to Camp Arifjan, Kuwait as a Civil Affairs Planner, and commanded the 450th Civil Affairs Battalion (Airborne) in White Plains, Maryland. She became a US Army War College Fellow in 2019, assigned to the International Security Studies Program at The Fletcher School, Tufts University. In March 2020, she joined the COVID-19 response team supporting both the university and the medical center through the early days of the pandemic.

LTC Gannon is currently on active duty as the US Central Command Military Assistant to USAID in Washington, DC. In her civilian capacity, she is a Congressional and Strategic Communications analyst for KBR, Inc. She has a Bachelor of Science degree in psychology from the University of Pittsburgh and a Master of Arts in management and leadership from Webster University. 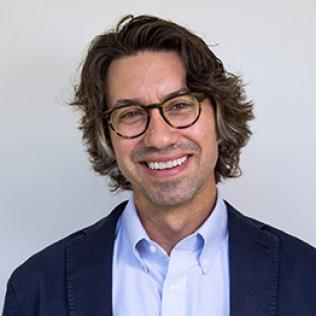 Nat Kendall-Taylor, PhD, is chief executive officer at the FrameWorks Institute, a research think tank in Washington, DC. He leads a multi-disciplinary team in conducting research on public understanding and framing of social issues and supporting nonprofit organizations to implement findings.

A psychological anthropologist, he publishes widely on communications research in the popular and professional press and lectures frequently in the United States and abroad. He is a senior fellow at the Center on the Developing Child at Harvard University, a visiting professor at the Child Study Center at Yale School of Medicine in Connecticut and a fellow at the British-American Project. 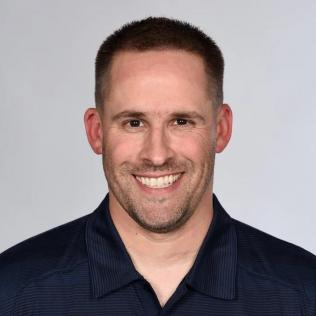 This year was Josh McDaniels’ 17th season with the National Football League’s New England Patriots team and his 12th as offensive coordinator. McDaniels has been part of six Super Bowl championships with New England and has guided the offense to eight top-10 rankings, including the NFL's top ranked offense in 2007, 2012 and 2017.

Under McDaniels' guidance, Patriots Quarterback Tom Brady broke the NFL record for touchdown passes in a season (50) and led the league in both passing yards (4,806) and passer rating (117.2). Brady also set franchise marks in nearly every major passing category, while wide receivers Wes Welker set the franchise record for receptions in a season (112) and Randy Moss broke the NFL record for touchdown receptions with 23 under McDaniels.

McDaniels also served as the head coach of the Denver Broncos from 2009-2010 and was the offensive coordinator for the St. Louis Rams in 2011. He attended John Carroll University, where he played quarterback and wide receiver for the Blue Streaks from 1995-98. 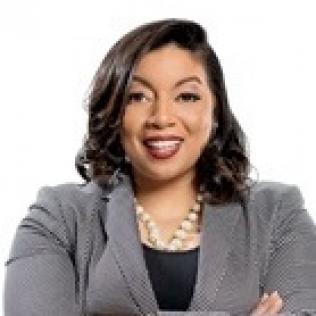 Liz Miranda is a State Representative in the district of Roxbury and Dorchester in Boston, Massachusetts. Since 2018, she has filed and passed legislation to reform policing, improve racial disparities in maternal health, and promote environmental justice. In response to the pandemic, she was the first legislator in the state to establish a community program that assisted over 3,000 vulnerable residents with food security, housing assistance, unemployment assistance, and access to COVID-19 testing.

Prior to serving in the Massachusetts Legislature, Representative Miranda was a non-profit administrator and community organizer. In 2017, she lost her 28-year-old brother, Michael Miranda, to gun violence. After her decades long advocacy for gun violence prevention, losing her brother was a catalyst in her entrance to electoral politics. Representative Miranda currently serves on the Boards of Score4More,Inc., The Roxbury Historical Society, Union Capital Boston, and We Are Better Together. She is a graduate of Wellesley College. 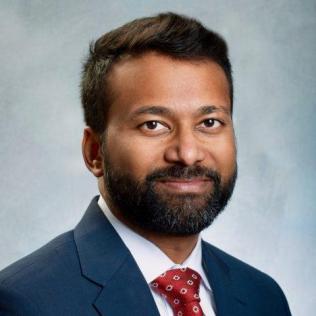 Karthik Sivashanker MD, MPH, CPPS, BH is Vice President of Equitable Health Systems & Innovation in the Center for Health Equity at the American Medical Association, and a Medical Director in Quality, Safety, and Equity at Brigham and Women's Hospital in Boston, Massachusetts. He is a psychiatrist at Justice Resource Institute and serves as a faculty member at the Institute for Healthcare Improvement.

Dr. Sivashanker attended college and medical school at Northwestern University in Illinois. He completed psychiatry residency at NYP Weill Cornell in New York and a psychosomatic medicine fellowship at Brigham and Women's Hospital. He is a graduate of the Harvard Medical School Fellowship in Patient Safety and Quality and received a Master’s in Public Health at the Harvard School of Public Health. As a former Fulbright scholar, he conducted research in Venezuela on the vertical transmission of HIV/AIDS in rural mountain communities.

As a former Under Secretary for Health Diffusion of Excellence Gold Fellow for the U.S. Department of Veterans Affairs, he led efforts to standardize and improve the process of substance use screening and triage for veterans. His work has focused on driving racial justice and equity in the health care arena by leveraging high-performance quality and safety practices to systematically make inequities visible and to address and resolve them as an integral part of health care delivery. 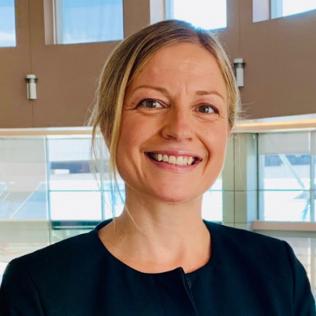 Patricia Trbovich is Associate Professor in the Institute of Health Policy, Management and Evaluation and cross appointed at the Institute of Biomedical Engineering at the University of Toronto. She holds the Badeau Family Research Chair in Patient Safety and Quality Improvement at North York General Hospital.

She has promoted knowledge of human factors engineering worldwide through her collaborations with researchers in Brazil and Spain to develop human factors expertise in their healthcare systems. She is also Associate Editor for the BMJ Quality and Safety journal.