A renewed emphasis on early identification and treatment of sepsis in all emergency departments in the state could help save lives and improve the health of patients affected by sepsis, according to a new report from the Massachusetts Sepsis Consortium.

Because the vast majority of people who develop sepsis — a condition that results from the body’s extreme response to an infection that can lead to rapid tissue damage, organ failure and death — experience their first symptoms at home or in the community, emergency departments are a key point of entry and intervention.

Sepsis is a leading cause of death in hospitals, a top driver of health care spending and the number one reason for hospital re-admissions in the Commonwealth. Despite its reputation as a health care “mecca,” the report notes that Massachusetts ranks 24th in sepsis mortality and is at the national average among states in providing timely care for patients with sepsis.

The report is based on the work of a special task force of the Massachusetts Sepsis Consortium, comprised of specialists in emergency medicine, patients and others. Task force members studied available evidence and best practices as well as current practices in all 71 hospital emergency departments and hospital satellite emergency facilities in the state before issuing a series of strong, actionable recommendations to improve sepsis care and outcomes. 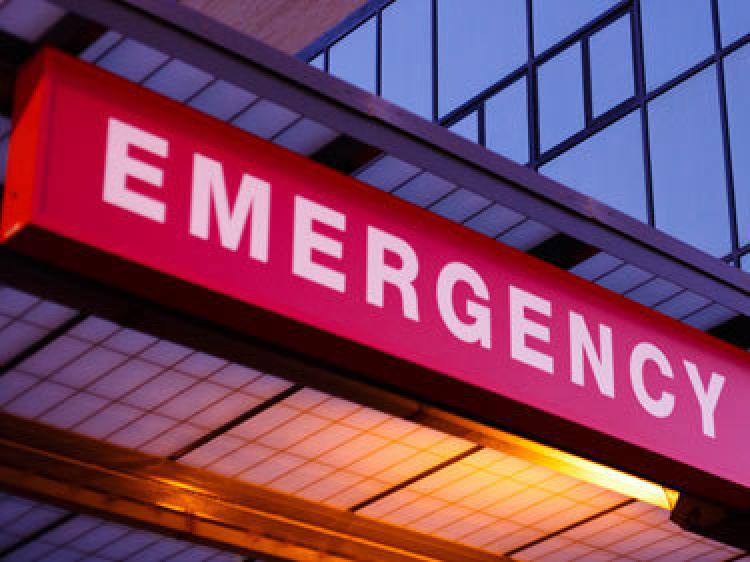 Emergency departments in the state are at the front lines of the effort to stem sepsis, but progress toward better outcomes for patients has been uneven.

Sepsis symptoms can be readily confused with less serious conditions and there has been conflicting guidance on how best to quickly diagnose and treat sepsis, which can develop rapidly and cause long-lasting health problems or death.

A special task force of the Massachusetts Sepsis Consortium studied and deliberated for nearly a year before issuing recommendations in seven key areas of emergency sepsis care and supplying tools and other resources to help emergency departments adopt the recommendations.

Emergency departments throughout the state are urged to examine their current protocols, staff education, and more to ensure the sepsis care they deliver to their patients is aligned with current best practices.


Dr. Thomas Amoroso, co-chair of the task force, emergency physician and Medical Director for Utilization Management at Commonwealth Care Alliance in Boston, has been involved in guideline development for most of his career and believes the task force recommendations fill a an important gap.

“The goal is always the best possible patient care,” he adds. “This is a road map to reduce the chances of making an error, especially in a disease like this because of its complexity and the vagueness of symptoms.”

Recommendations come with toolkits and more

Along with 17 recommendations in these seven aspects of care, the task force compiled 32 tools for use by emergency professionals available on the Betsy Lehman Center website to help put the recommendations into practice. An additional feature on the website is a series of more than a dozen articles, called Best Practices in Sepsis Care, illustrating ways that numerous Massachusetts-based emergency care teams are taking action to try to stem sepsis.

The task force’s work was informed by interviews with personnel from all 71 of the state’s emergency departments and satellite emergency facilities. Among the challenges identified were the limited availability of protocols for pediatric patients, data collection constraints and barriers to the use of electronic health record systems to assist in early identification of sepsis patients.

“This has been a practical, collaborative, patient care-focused and productive process involving patients, clinicians and other stakeholders all deeply committed to advancing sepsis care in emergency departments across the state,” says Dr. John Walsh, an emergency medicine physician and representative of the Massachusetts Medical Society, as well as co-chair of the task force.

“We urge our colleagues across the state to reassess their protocols, policies, and processes regarding identification and care of sepsis and ask themselves, 'Do opportunities for improvement exist?'” He adds, “If we all commit to doing this in every emergency department in the state, then I believe we can make remarkable progress and consistently provide our patients with state-of-the-art, evidence-based sepsis care.”

‘Even the playing field,’ including for children

Tina Edwards, a member of the task force and the National Family Council on Sepsis, lost her mother to sepsis and believes the toolkit that accompanies the group’s recommendations will help ensure that top quality sepsis care is available to all.

“Our family is beyond grateful for all of the hard work and passion involved in the collaboration of Massachusetts hospitals, health care providers and policymakers. Creating this sepsis tool kit to be shared among the hospitals in our state is raising the awareness to much needed change and attention with sepsis care,” she says.

“We feel every patient has the right to receive the best care possible. This helps to even the playing field,” she adds. “The work of the sepsis task force is helping us get to a place where — no matter where in the state someone with sepsis enters an emergency room — they will be diagnosed and treated quickly. We know this will help save lives.”

The task force emphasized that adapting best practices for children with sepsis is especially important since many are seen in emergency departments in the state that do not specialize in pediatrics and lack protocols for diagnosing and treating children with sepsis.

“Pediatric sepsis is less common than adult sepsis, but hundreds of thousands of children do develop sepsis each year and thousands die from it” across the country, says Matthew Eisenberg M.D., M.P.H., Director of Critical Care, Division of Emergency Medicine, at Boston Children’s Hospital and a member of the task force.

“We know that interventions such as antibiotics and fluids given in the first hours after arrival to the emergency department can prove life-saving so it's crucial that all hospitals that treat children have protocols in place that are responsive to the unique needs of pediatric sepsis patients,” he continues.  “Because of the task force, all hospitals in Massachusetts now have access to pediatric sepsis screening and treatment protocols, which they can adapt and implement in their local environment.”

The Massachusetts Sepsis Consortium, a 30-organization group of public-private partners, came together with the collective goal of improving sepsis outcomes in the Commonwealth. Because the challenges associated with sepsis are numerous and complex, the Consortium initiated a planning process to frame the key issues and set priorities and potential for impact — with a particular emphasis on challenges that will derive the greatest benefit from a coordinated approach or diffusion of best practices. During its first meeting in 2018, the Consortium chose to launch a task force focused on improving early detection of and treatment of sepsis in the state’s emergency departments.

Read more about the work of the Massachusetts Sepsis Consortium here.